In case you didn’t know we released Version 1.3.0 on Itch.io a few days ago. Mainly I have been using our  Discord server, Twitter  and also through our Patreon page as a way to keep the community informed of updates. But every now and then I find it important to update the general site in case a user is neither a discord member or a patron. 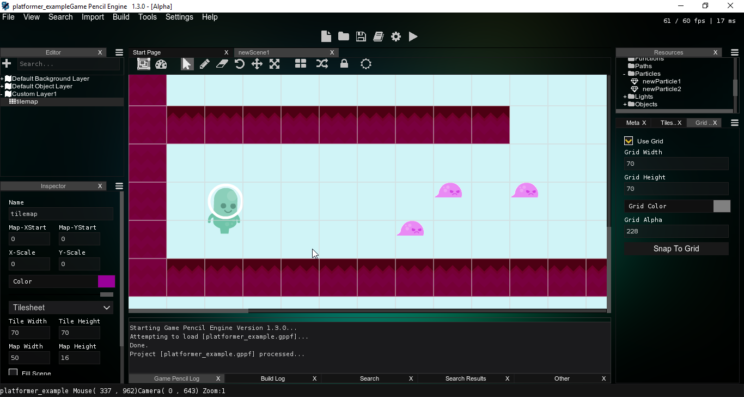 Thanks to basic changes to the basic class, all branches now have greater dynamic content and is easily manageable and helps maintain a cleaner code base. As of now the main mission to ensure the scene editor saves, loads and previews as accurately as possible as it has been subject to the most 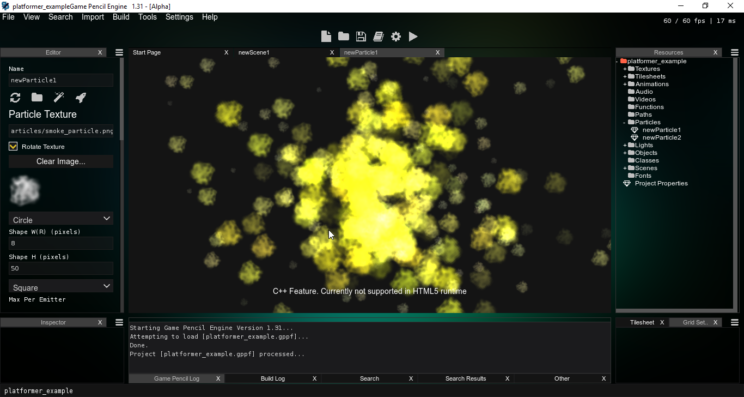 Currently, the particles are working greatly and there is a few physics based features I will like to add, but that may delayed to later versions or if the patreon supporters begin wishing for more than the current list of particle features.

Currently, me and Chase will be working very quickly to get your projects compiling via the editor and/or popular IDEs. This part will differ heavily from the way HTML5 games are exported and will be intense, but it is the goal to have this done by April. 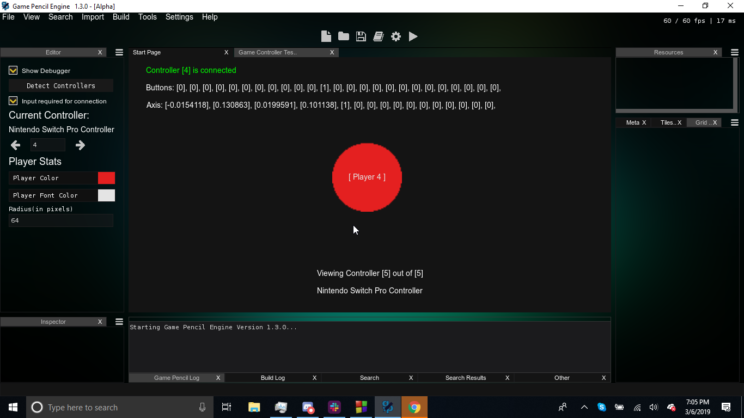 I have made some great changes to the Game Controller tester as well as improved the Input class to handle multiple controllers as well as plug-in-play(pretty difficult via SDL2). Aside from that I have also added a new class with a list of sub-tools within the same class.

This and a few more goodies I believe has made the editor even more useful, especially since the Editor is on the same runtime of the C++ runtime of GPE.

Now let’s make it to that glorious finish line

For a more detailed list of things that are already added in the new version of GPE and things planned feel free to check out our trello page.

2019 has a bright future for Game Pencil and the editor, especially has made giant strides this year thanks to your support on Itch.io and patreon.

There is  no doubt that this latest version of Game Pencil Engine has taken a large amount of months. This is partially because of lack of core development time.  Looking at my overview of 2019 Read more…

Game Pencil Engine 2019 and beyond

Happy New Year and holidays to everyone. It has been sometime since the last update as well as blog post. I hate to just read fluff in many blog posts, so with that I will Read more…

It has been many months since the last update as launched. Alot of my time has recently gone to me working full time jobs instead of working on Game Pencil. Work will steadily continue going Read more…